When searching for a new set of tyres, you’re confronted with decisions even before you know which tyre to buy. Chief among them: Which tyre type do you want? Will it be the jack of all trades, the all-season tyre? Or will you be placing the benefits of winter and summer tyres above them? To help you answer these questions, we’ve collected the most important facts of each tyre type and their key differences. This way, you can take a well-informed decision.

What are all-season tyres?

All-season tyres are exactly what their name suggests: They work in all seasons throughout the entire year – with some exceptions. In the following, we’ll break down the traits of the all-season tyre and its advantages.

The all-season tyre features several solid ‘tread blocks’. These are classically arranged in a chevron-like pattern. The tread depth is not too shallow like in summer tyres or deep as in winter tyres .

The tyre compound is slightly harder, especially when you compare all-season vs winter tyres. This is how these tyres don’t wear as quickly – the all-season tyre has a longer tread life due to its harder compound. But its compound is not as hard as that of a summer tyre. And in turn, the tread life is shorter when compared to that of a summer tyre.

All-season tyres can carry one to two markings that indicate good winter performance: One is the M+S (Mud + Snow) marking, which indicates that it performs well on both surfaces. However, it is not certified. That is the case with the second marking, the Alpine symbol (3PMSF – “3 Peak Mountain Snow Flake”). This is why from October 2024 onwards, only winter and all-season tyres with this symbol are permitted for use in the winter months.

Remember that local laws still apply, no matter what symbols your tyre bears. For example, Germany has a mandatory winter tyre ruling.

When comparing summer tyres vs all-season, the all-season tyre is less flexible and cannot grip as well as the summer tyre. Due to the large tread blocks, the tyre also has less edges. These are however important to gain traction on ice and deeper snow. So, the all-season tyre is a less than ideal choice for colder temperatures and rural or mountainous areas. It’s just not well-suited for extreme winter conditions, as stopping and cornering isn’t as good as it would be with winter tyres. The same goes for extreme heat: the handling and grip cannot hold up to that of summer tyres on dry, warm pavement.

The all-season tyre offers the best of both worlds though. It still works well in light snow, just as it provides good grip in wet and dry conditions. So, it’s a great tyre for moderate climates and drivers who mostly travel in urban areas.

In the end, buying a set of all-season tyres comes down to two questions:

Though all-season tyres cost more than their seasonal counterparts, they make up for it by needing only one set of tyres instead of two. They’ll also save you storage and changing costs.

What are winter tyres?

Winter tyres are specifically meant to be used in cold climates, especially if there’s a lot of snow and ice. They are a safe choice in the cold season, as this time of the year is their forte. Some countries are regularly cold enough that they have winter tyre regulations in place for safety reasons. So, before you decide what tyres you want to buy, make sure to clarify if you’re obliged to drive with winter tyres.

The compound of winter tyres is very flexible and the softest compound out of all three tyre types. Due to its flexibility, it provides a better grip and remains undaunted by cold weather.

The deep tread pattern gives winter tyres the possibility to flush out excess slush. Also, by having these biting edges, the grip on snow is increased. Another factor for better snow grip: the sipes. By packing the snow within them, it grips better, as snow grips best on snow itself. The sipes also allow for a better traction on icy surfaces, better handling and lower noise levels.

When you compare the noise levels of a winter tyre with those of all-season or summer tyres, you’ll notice that it’s louder. This is normal and nothing to worry about. It’s the way winter tyres are constructed for maximum safety. So, concessions have to be made during production to achieve that goal. However, if you’re using the same tyre and notice the rolling noise increasing, be sure to check in with a local Barum partner to see what the issue is.

What are the benefits of winter tyres? Winter tyres do not only work well when there’s snow. Even when it’s just cold temperatures, winter tyres are optimised for them. Therefore, it’s also not advisable to combine tyre types because weather conditions are mixed, like in autumn: by combining different tyre types (like two all-season tyres with two winter tyres), it’s not guaranteed that you’ll maintain traction. Skidding could occur.

Using winter tyres in warm summer months is not advisable. Not only does your tyre wear much quicker – the tyre’s main safety attributes won’t work as well, if not at all. So no, you shouldn’t use winter tyres in summer or even year-round when temperatures rise.

What are summer tyres?

One thing is for sure: When you decide to buy one seasonal set, then it’s advisable to buy both, winter and summer tyres. Unless, of course, you live in an area that’s permanently warm or permanently cold. In the latter case, you could use winter tyres all year. Or, in the case of warm temperatures, summer tyres. Like the winter tyre, the summer tyre is optimised for certain weather conditions and offers maximum comfort along with safety.

Summer tyres have less grooves, big, solid ribs and a shallow tread depth. This makes the tyre more stable and provides longevity, while also saving fuel and reducing rolling noise. Due to this, the tread block is also bigger. The compound is flexible. In turn this all means better grip, and good cornering and braking abilities on dry and wet ground.

Summer tyres have a great grip, particularly on dry and wet roads, thanks to the grooving and tyre ribs. They’re also popular among sporty drivers due to their better cornering and breaking abilities. With their better braking behaviour, handling and traction they still maintain a high level of comfort. All while maintaining a low rolling noise. And a lower rolling noise often also means less fuel use due to lower resistance.

All in all, summer tyres work well in temperatures above 7 °C. As soon as the temperatures fall beneath the minimum, the compound begins to harden. So, the traction is reduced and in extreme cases, the compound can crack. This is the main difference between summer and winter tyres. Using both is good choice in countries with a huge temperature difference between summer and winter. Generally, summer tyres are a good choice for drivers who want better performance and more safety while driving on wet or dry roads in temperatures above 7 °C.

Can summer tyres be used all year?

Can you mix winter and summer tyres?

We strongly do not advise having two different types of tyres mounted. This is mostly due to the fact that tyre types behave differently. When mixing summer and all-season or winter tyres, your vehicle might break out at the front or the back, depending on what surface you’re driving on and which tyres are mounted where.

The same goes for the question if you can mix summer tyres with all-season tyres.

Now you know the difference between summer and winter tyres, and what advantages all-season tyres offer. Take a look at the following overview of all advantages and disadvantages of the tyre types:

Changing tyres yourself: The optimum time

You should change tyres twice a year. Follow our instructions, and save time and money.

Tyre direction: how to identify it 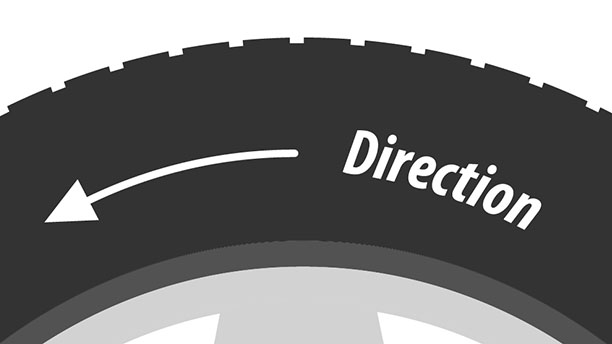 Some tyres have a defined direction. We explain how to recognise them and describe their advantages. 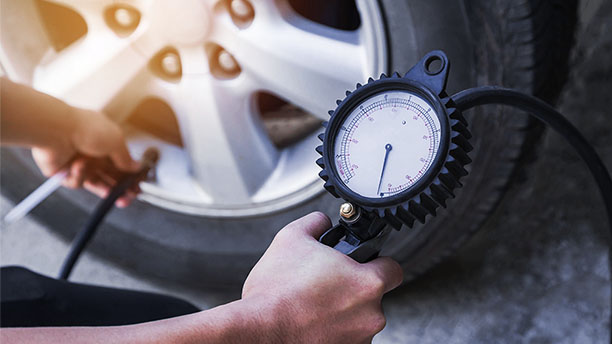 People who check tyre pressure are safe on the road. Stay safe and save money with our tips.